I married a Huntin’ and Fishin’ man when I was very young. Sadly Peter passed away of cancer over seven years ago, yet I still love to fly fish! It is a Spiritual experience for me! 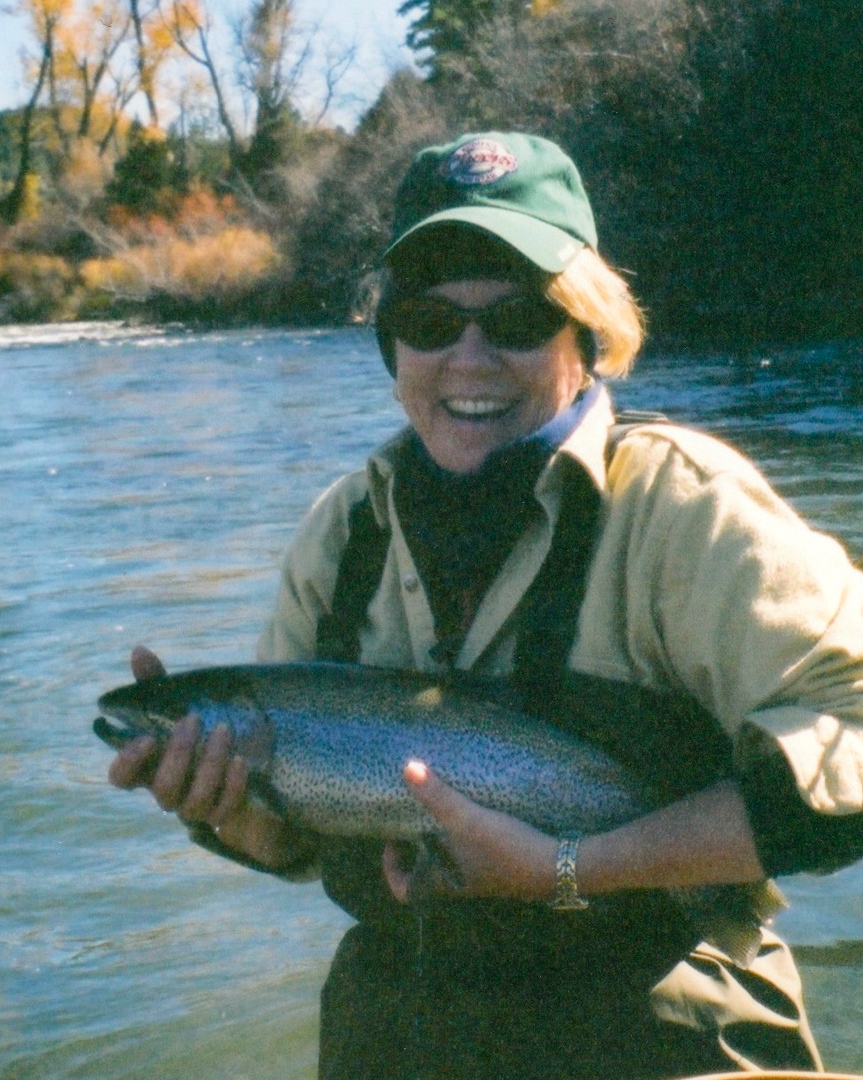 The bug for fly fishing all started years ago when Pete and I were at Alisal Ranch in Solvang, California. There were many activities to choose from; horseback riding, playing tennis, golf and fly fishing. I thought it would be fun to learn  how to fly fish! The ranch had a lawn as long as two football fields. Those learning how to cast were able to practice without any obstructions! We practiced for about an hour and then we were able to go try the sport. 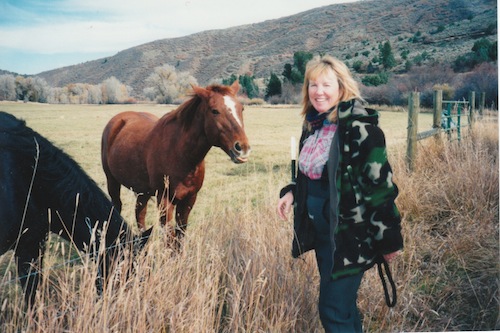 It was very hot outside and the fly fishing was not very good but I caught one little fish! I was hooked! Pun intended! After that trip Pete and I got the bug to go fly fishing regularly! 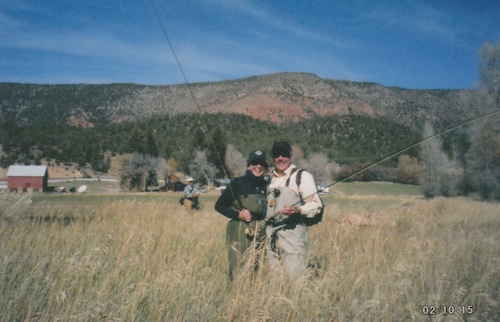 When I started writing this blog about two and a half years ago my handle was Rippin’ Lips and one of my early blog posts was about fly fishing.  (Fly Fishing Blog)

Pete loved to hunt and we went seven years in a row to Seven Lakes Lodge in Meeker, Colorado. It is now privately owned by Greg Norman. At the time it was owned by Henry Cravats. He had his own private residence and we stayed at the lodge. While Pete was hunting I would go fly fishing on the lakes and along the seven miles of river frontage. During that period of our lives we also went to the San Juan River in New Mexico. People come from all over the world to fish on the San Juan! All of the fishing I am speaking of was catch and release.

I have also had very successful fishing trips in blizzards, believe it or not, catching one after another! This is a fish story, but I have the pictures to prove it! This fishing was done in Yellowstone National Park and environs of Montana. 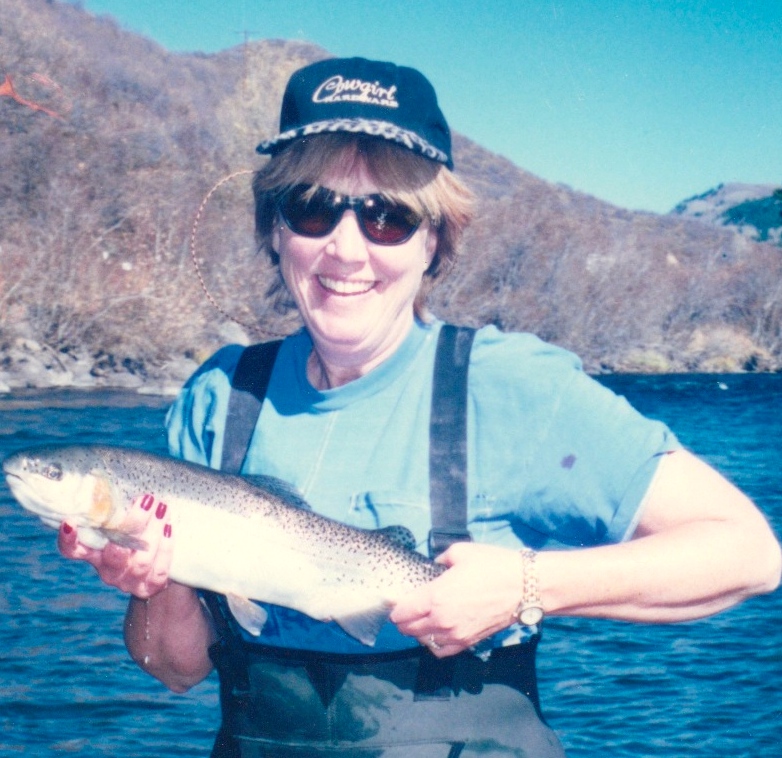 When Erica, our younger daughter, was an exchange student her junior year at UC Davis, she spent a year at the University of Santiago, Chile. I went to visit Erica in December of 2011. While there Erica and I took a three-hour plane from Santiago to Puerto Varas in Patagonia! We stayed in a beautiful Inn reminiscent of Switzerland. A huge volcanic mountain topped with snow served as a backdrop to this fantastic location. It was right on the ocean. We had to keep pinching ourselves because we were on the ocean and not a lake! While we were there we went fishing on a huge river that was so wild and large! Our guide had just guided President Jimmy Carter two weeks earlier! He found us a wild orchid! This part of the world is so amazing. There are so many undiscovered areas!

I have also been fly fishing many times right outside of Bridgeport, California. The park system stocks some of the streams and lakes with fish every year. Peter, the girls and I caught many native trout while backpacking.

Just recently I had the opportunity to fly fish in New Brunswick, Canada. My brother-in-law suggested I check out Orvis recommendations for the Best fly fishing. The Lodge I chose was second best because the one Orvis recommended (voted best in the world for 2013) was sold out at the time, so I chose “second best” and had a first best  experience at  Wilson’s Sporting Camps on the Miramichi River. This body of water is world wide famous for Catch and Release Salmon Fly Fishing! However I wanted to fish for Trout! That worked out great because I was too early for the large catch and release Salmon fishing. Brook Trout is what one can catch late May early June. I only caught Salmon Pars! Those are the babies and I put them right back in the water. I caught many Brook Trout every day!

The Miramichi is world famous for catch and release salmon fishing. I was trout fishing. The Native Canadians coined the river Mystical Miramichi! I caught forty brook trout  in four days (but who is counting?!). One is allowed to keep five a day. I just kept what I could eat! I was eating brook trout for breakfast, lunch and dinner! Stay tuned for the rest of my fly fishing adventure in the next blog. 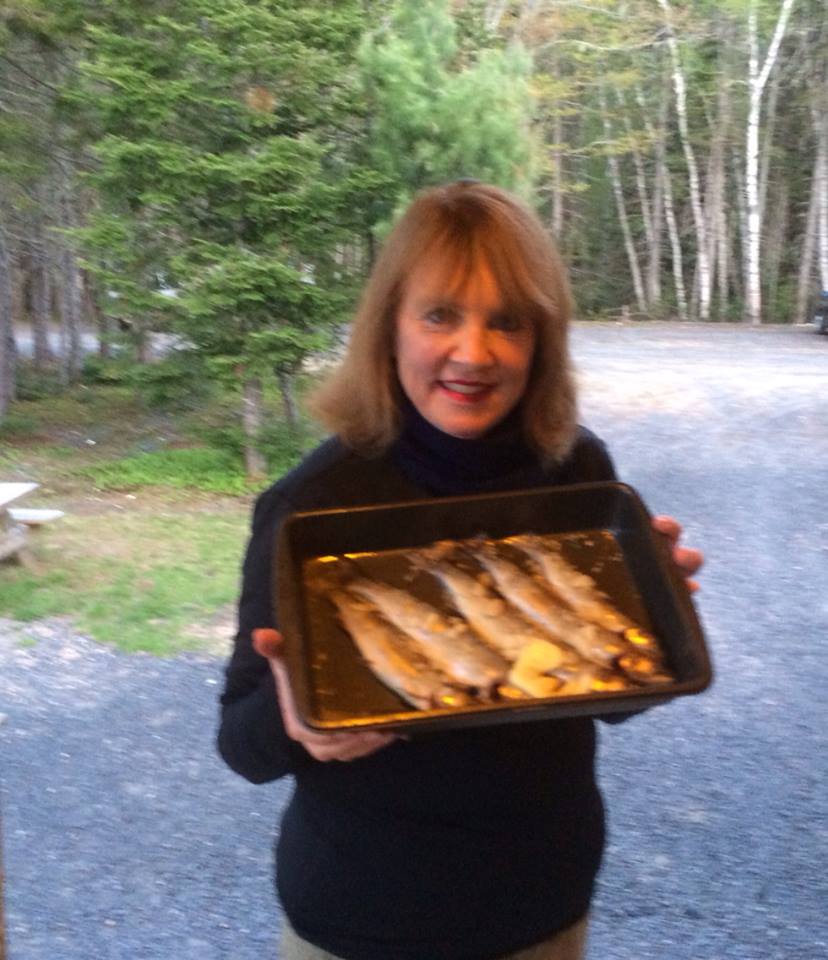 The author/artist with the Miramichi Catch! Canada June 2014

Did somebody tell you about watermelon Viagra? If you’re concerned about sexual disorder, you have to study about it. Erectile dysfunction, defined as the persistent failure to maintain an erection to the orgasm, exerts an estimated 15 to 30 millions men in the United States only. Because some of symptoms are medical emergencies, it’s considerable to know what to do if they happen. On occasion kidney disease will lead to erectile dysfunction. As a rule, this may include high blood pressure, anxiety, or a venous leak.