Growing and Maintaining a Garden Hedge

By Francesca on September 4, 2013 in Art, Artists, Blog, Gardening, Spain 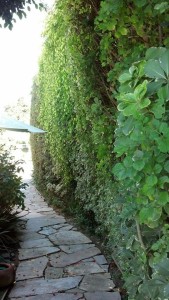 January of 2007 we had an unusually severe winter in San Diego County. Peter and I traveled to Spain for the birth of our first grandchild. When we arrived home from Spain in February several trees and shrubs had died on our property, or so we thought.

Since I had been to Ireland with my mother on a garden tour four years earlier I had longed for a garden hedge like the kind I saw all over southern Ireland! They are filled with all kinds of plants. In this way, the freeze in my garden in California was serendipitous for creating a new interest in the garden; a garden hedge! My gardener and I started to let all the plants that survived the freeze grow together. Then an amazing thing happened; some of the plants and trees that had supposedly died miraculously came back to life!  Those branches that didn’t recover acted as support for the other climbing shrubs as they grew skyward and formed a solid hedge.  As the plants, shrubs and trees grew I was enthused each time Sergio pruned the hedge. My mother came over one day to videotape a segment on properly pruning a garden hedge.  The Correct Way to Prune a Hedge. The hedge consists of Cape Honeysuckle (Tecomaria capensis), Periwinkle (Vinca minor), Weeping Fig (Ficus benjamina), Mock Orange (Pittosporum tobira ‘Variegata’), and Abutilon.

If you check out Pat Welsh’s video above, Pat teaches one the correct way to prune a hedge. Looking at this hedge now, it needs to be thinner at the top than it currently appears in the photo. Back to the drawing board!

The hedge is now three stories high and creates welcome  shade on a hot afternoon! 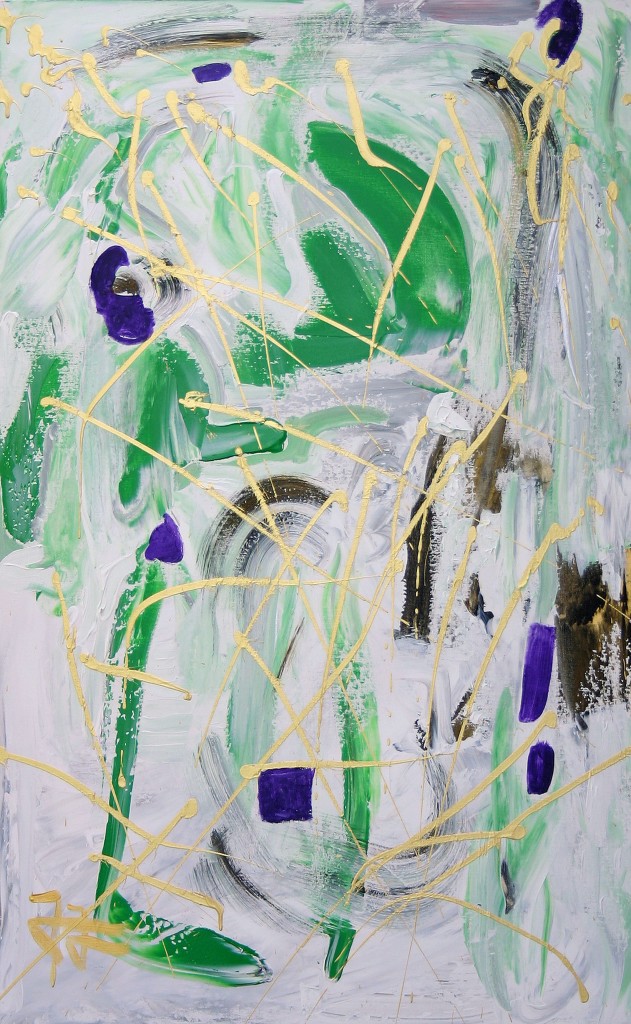