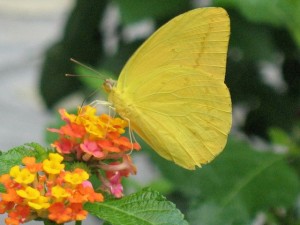 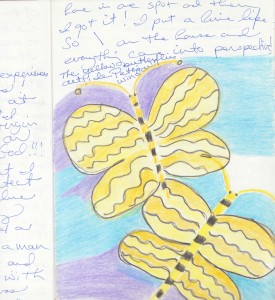 As I was strolling through my garden yesterday and then during my daily walk,  I saw some beautiful butterflies, some whose names I don’t recall, but others remembered from childhood. There were always many butterflies in my mother’s garden when I was growing up, Morning Glories to Monarchs. Frequently as a child I experienced  Mourning Cloaks landing on my arms. Nine years ago I saw a all-yellow butterfly for the first time.  I actually wrote about it in my journal years ago and drew pictures of them with colored pencils.

The Cloudless Sulphur showed up in my life as hope! At Norris Hospital USC, Los Angeles, my beloved husband had just been diagnosed with stage 4 invasive bladder cancer. Peter was 51 years old. We were up on the 6th floor and there were dozens of these beautiful butterflies flying from one building to the next through the Eucalyptus trees far below. Peter went on to have surgery at that hospital a few days later and was proclaimed cancer free. We were all elated and again right after the surgery I saw dozens of the Cloudless Sulphurs flying below his room! 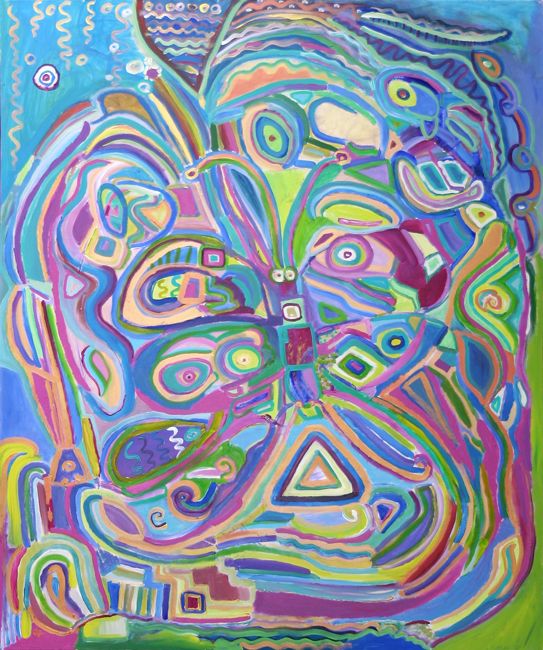 Tragically Peter’s cancer returned and he passed away four years later. But I still saw Cloudless Sulphurs in front of my car on my walks and everywhere I drove! Even after the loss of my husband the yellow butterflies continued to be a symbol of hope. In those first hours, days, months and years that I saw the butterfly I would smile and say “Hi Pete.” It was as if I was getting a message from him or he was coming around to say hi, all is well, all is ok.

As a very young child I thought that butterflies symbolized transformation, and possibly reincarnation. None of us really know exactly what happens after we pass away. I believe we are transformed to a higher place and vibration if we have lived a good responsible life. I can remember telling my mother and friends that I found butterflies fascinating in that they were teachers. They start out as caterpillars, build themselves a chrysalis and after weeks or days blossom into the most beautiful creatures that have no resemblance whatsoever to their former selves!

Often while painting I start out with a specific idea in my head. But then as the painting develops it becomes even richer than my original plan. South Beach is one such painting. I worked on that painting for eight months. It started out as butterflies and dragonflies. It ended up resembling a man’s face with a dragon coming out on the right. South Beach was in a show a few months ago and about fifty people sat around discussing this one painting for an hour. Maybe the fact that I started out by painting butterflies made the transformation energy that intrigues and gives deep thought to viewers.

In my mind, as in Alice in Wonderland, butterflies are one of God’s amazing gifts to our world; and to us as humans to be able to ponder and revisit the myriad of meanings in this insect. If nothing more than the pure beauty this insect adds to our gardens. It is worth in my opinion to plant the plants they like to encourage them to come to my garden.

Here is a list of plants to attract these fabulous “fairy type” creatures to your gardens:

Have fun attracting butterflies into your world! 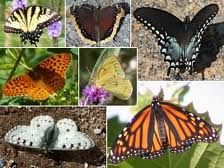 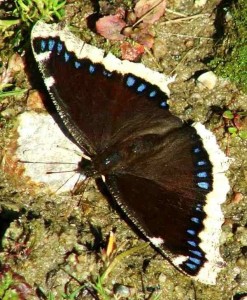 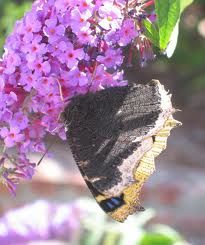 ← Composting Can Be Lots of Fun
Summer Days Remembered and Today →